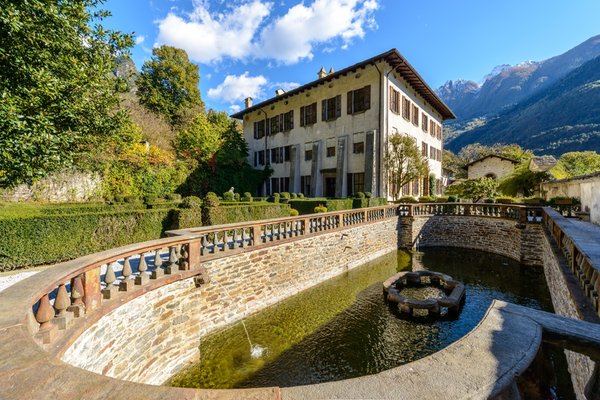 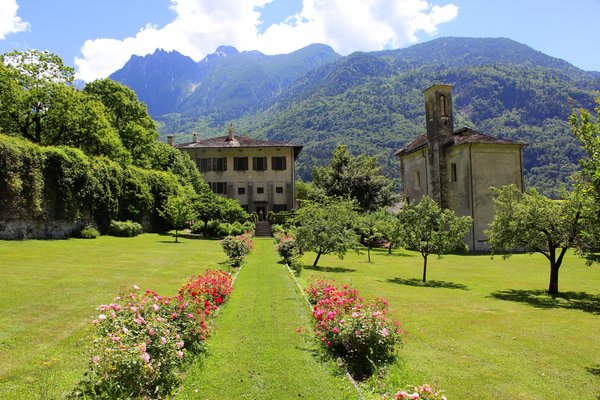 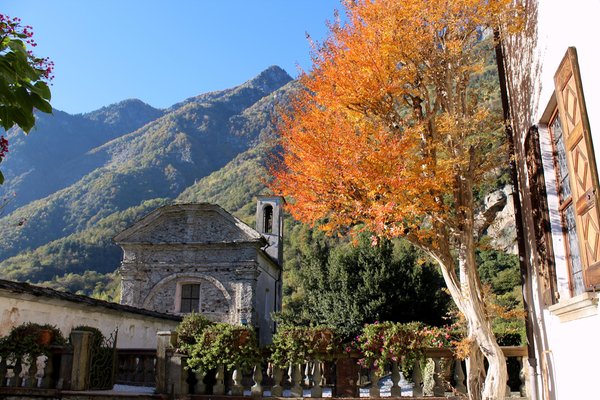 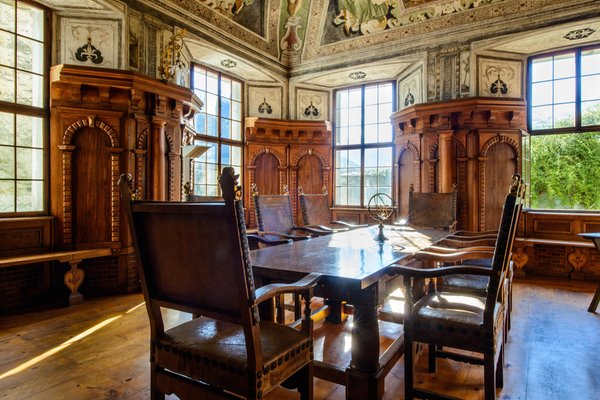 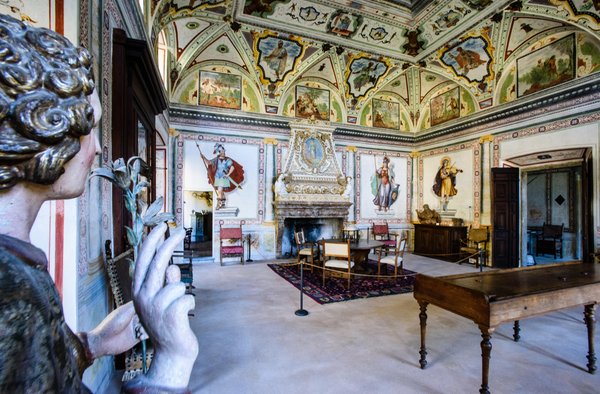 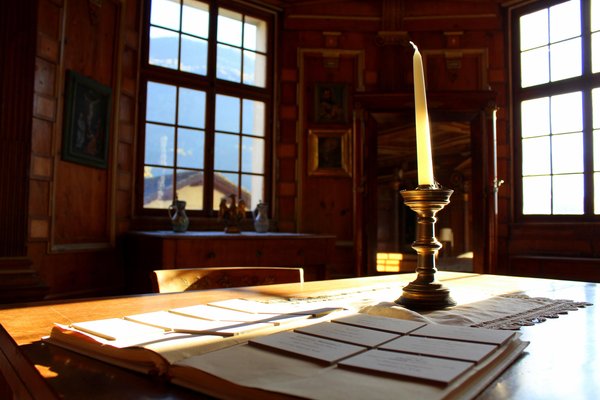 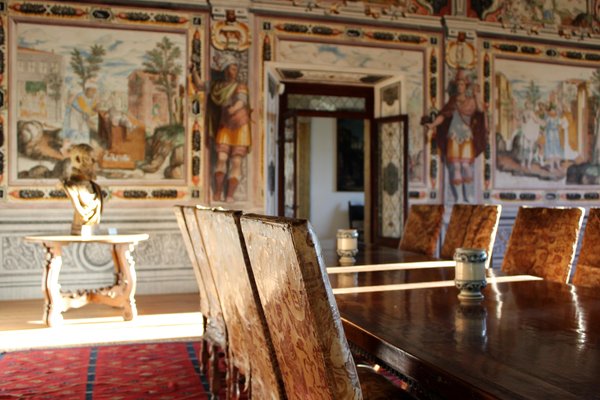 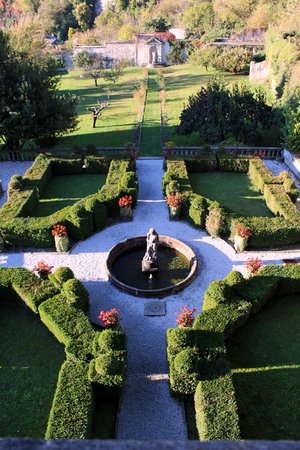 The Vertemate Franchi Palace is situated in the locality of Prosto di Piuro within only two kilometres from Chiavenna, in Val Bregaglia.
Built in the second half of the sixteenth-century by the brothers Guglielmo and Luigi Vertemate Franchi, representatives of one of the richest families who used to make thriving business, this is the only building to escape the landslide of 1618, which flooded the village and many inhabitants.
The palace is a very beautiful masterpiece of the Renaissance immersed in a charming environment, which provides real life story of a sixteenth-seventeenth-century aristocratic family. The front of the palace is simple and essential, surrounded by light and functional spaces as well as the Italian garden with the fishpond and the double exedra-shaped banister. Besides there is the orchard, the vineyard, the chestnut wood at the back of the palace and a succession of country and simple buildings for running of the farms which used to be carried out at the estate as: the press, the cattle sheds and the ice-house.
Inside the palace, the walls and the arched ceilings are richly painted with frescos representing large scenes and mythological figures, especially based on the Ovid’s metamorphosis. Stüe and embroidered ceilings are certainly the wonders of the palace. By visiting each single room you can feel the atmosphere of the ancient times. Unfortunately we do not know the names of the architects who designed and created the palace.

This business activity has no reviews yet.
Write the first positive review, share your experience!

discover the most appreciated business activities! >

Receive the best offers and useful news for your holidays